Bible Study: I Told You So

God made sure His Word specified how to recognize the Messiah.

It’s been said that we find what we look for, and we look for what we know. Perhaps that’s why God gave us prophecy: so when He rolled out His plan of redemption, we wouldn’t miss the Savior. (After all, a lot of the Messianic story—the virgin birth, resurrection from the dead, salvation by faith rather than works—isn’t what human instinct would think to look for.) But that’s just one way prophecy blesses us.

The kings of Israel and Syria wanted Judah to join their alliance so they’d be able to oppose a threat from Assyria. But Judah’s King Ahaz declined. Angered, the other two kings hoped to dethrone him and set up a government that would comply. When the fearful Ahaz considered allying himself with Assyria (2 Kings 16:7), God sent Isaiah to deter him, with reassurance that no invasion would occur (Isa. 7:1-9).

Hundreds of years before Christ’s birth, Micah 5:2 named Bethlehem as the place from which a “ruler in Israel” would come forth—one whose origins are “from long ago, from the days of eternity.”

Consider how this study applies to your life.

Over 300 Old Testament prophecies point to the Messiah. So by Christ’s day, the Jewish nation eagerly watched for and investigated any evidence of God’s anointed One. To force leaders to a decision about Him, Jesus openly taught and healed, even performing certain miracles the rabbis said only the Messiah would be able to do—like healing a man born blind and casting out a mute demon (John 9:1-41; Matt. 12:22). But because Jesus didn’t toe the line, religious leaders rejected Him (John 9:24), tragically failing to heed the prophecies they claimed to know.

Now it came about in the days of Ahaz, the son of Jotham, the son of Uzziah, king of Judah, that Rezin the king of Aram and Pekah the son of Remaliah, king of Israel, went up to Jerusalem to wage war against it, but could not conquer it.

When it was reported to the house of David, saying, ``The Arameans have camped in Ephraim," his heart and the hearts of his people shook as the trees of the forest shake with the wind.

Then the LORD said to Isaiah, ``Go out now to meet Ahaz, you and your son Shear-jashub, at the end of the conduit of the upper pool, on the highway to the fuller's field,

and say to him, `Take care and be calm, have no fear and do not be fainthearted because of these two stubs of smoldering firebrands, on account of the fierce anger of Rezin and Aram and the son of Remaliah.

`Because Aram, with Ephraim and the son of Remaliah, has planned evil against you, saying,

``Let us go up against Judah and terrorize it, and make for ourselves a breach in its walls and set up the son of Tabeel as king in the midst of it,"

thus says the Lord GOD: ``It shall not stand nor shall it come to pass.

``For the head of Aram is Damascus and the head of Damascus is Rezin (now within another 65 years Ephraim will be shattered, so that it is no longer a people),

Then the LORD spoke again to Ahaz, saying,

``Ask a sign for yourself from the LORD your God; make it deep as Sheol or high as heaven."

``Therefore the Lord Himself will give you a sign: Behold, a virgin will be with child and bear a son, and she will call His name Immanuel.

``But as for you, Bethlehem Ephrathah, Too little to be among the clans of Judah, From you One will go forth for Me to be ruler in Israel. His goings forth are from long ago, From the days of eternity."

``Therefore the Lord Himself will give you a sign: Behold, a virgin will be with child and bear a son, and she will call His name Immanuel.

And I will put enmity Between you and the woman, And between your seed and her seed; He shall bruise you on the head, And you shall bruise him on the heel."

Now in those days a decree went out from Caesar Augustus, that a census be taken of all the inhabited earth.

This was the first census taken while Quirinius was governor of Syria.

And everyone was on his way to register for the census, each to his own city.

Joseph also went up from Galilee, from the city of Nazareth, to Judea, to the city of David which is called Bethlehem, because he was of the house and family of David,

in order to register along with Mary, who was engaged to him, and was with child.

While they were there, the days were completed for her to give birth.

And she gave birth to her firstborn son; and she wrapped Him in cloths, and laid Him in a manger, because there was no room for them in the inn.

As He passed by, He saw a man blind from birth.

And His disciples asked Him, ``Rabbi, who sinned, this man or his parents, that he would be born blind?"

Jesus answered, `` It was neither that this man sinned, nor his parents; but it was so that the works of God might be displayed in him.

``We must work the works of Him who sent Me as long as it is day; night is coming when no one can work.

When He had said this, He spat on the ground, and made clay of the spittle, and applied the clay to his eyes,

and said to him, ``Go, wash in the pool of Siloam" (which is translated, Sent). So he went away and washed, and came back seeing.

Therefore the neighbors, and those who previously saw him as a beggar, were saying, ``Is not this the one who used to sit and beg?"

So they were saying to him, ``How then were your eyes opened?"

He answered, ``The man who is called Jesus made clay, and anointed my eyes, and said to me, `Go to Siloam and wash'; so I went away and washed, and I received sight."

They brought to the Pharisees the man who was formerly blind.

Now it was a Sabbath on the day when Jesus made the clay and opened his eyes.

Then the Pharisees also were asking him again how he received his sight. And he said to them, ``He applied clay to my eyes, and I washed, and I see."

Therefore some of the Pharisees were saying, ``This man is not from God, because He does not keep the Sabbath." But others were saying, ``How can a man who is a sinner perform such signs?" And there was a division among them.

So they said to the blind man again, ``What do you say about Him, since He opened your eyes?" And he said, ``He is a prophet."

The Jews then did not believe it of him, that he had been blind and had received sight, until they called the parents of the very one who had received his sight,

and questioned them, saying, ``Is this your son, who you say was born blind? Then how does he now see?"

His parents answered them and said, ``We know that this is our son, and that he was born blind;

His parents said this because they were afraid of the Jews; for the Jews had already agreed that if anyone confessed Him to be Christ, he was to be put out of the synagogue.

For this reason his parents said, ``He is of age; ask him."

So a second time they called the man who had been blind, and said to him, ``Give glory to God; we know that this man is a sinner."

He then answered, ``Whether He is a sinner, I do not know; one thing I do know, that though I was blind, now I see."

He answered them, ``I told you already and you did not listen; why do you want to hear it again? You do not want to become His disciples too, do you?"

They reviled him and said, ``You are His disciple, but we are disciples of Moses.

``We know that God has spoken to Moses, but as for this man, we do not know where He is from."

The man answered and said to them, ``Well, here is an amazing thing, that you do not know where He is from, and yet He opened my eyes.

``We know that God does not hear sinners; but if anyone is God-fearing and does His will, He hears him.

``Since the beginning of time it has never been heard that anyone opened the eyes of a person born blind.

``If this man were not from God, He could do nothing."

They answered him, ``You were born entirely in sins, and are you teaching us?" So they put him out.

Jesus heard that they had put him out, and finding him, He said, ``Do you believe in the Son of Man?"

Jesus said to him, ``You have both seen Him, and He is the one who is talking with you."

And he said, ``Lord, I believe." And he worshiped Him.

Those of the Pharisees who were with Him heard these things and said to Him, ``We are not blind too, are we?"

Jesus said to them, ``If you were blind, you would have no sin; but since you say, `We see,' your sin remains.

Then a demon-possessed man who was blind and mute was brought to Jesus, and He healed him, so that the mute man spoke and saw.

The Spirit of the Lord GOD is upon me, Because the LORD has anointed me To bring good news to the afflicted; He has sent me to bind up the brokenhearted, To proclaim liberty to captives And freedom to prisoners;

To proclaim the favorable year of the LORD And the day of vengeance of our God; To comfort all who mourn,

And He began to say to them, ``Today this Scripture has been fulfilled in your hearing."

And He said to them, ``O foolish men and slow of heart to believe in all that the prophets have spoken! 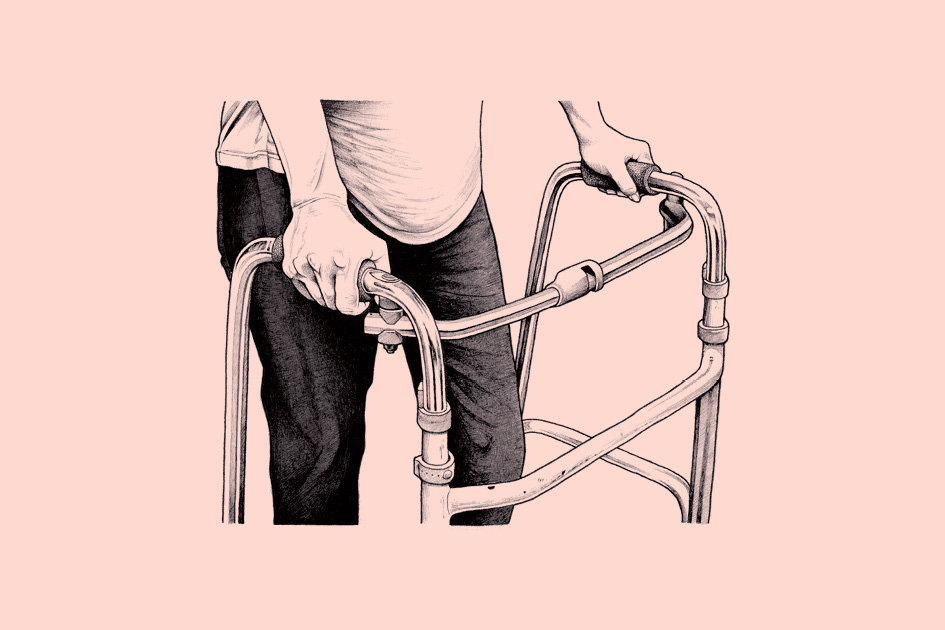 If Christ came to bring healing, then why does it seem so elusive?

Through the Lens: Chacabuco Valley, Patagonia

Maturity in Christ is found in laying down your life, not fighting other people.

If Christ came to bring healing, then why does it seem so elusive?

Through the Lens: Chacabuco Valley, Patagonia

Maturity in Christ is found in laying down your life, not fighting other people.