How do we keep in step with the Lord?

Each month we ask two writers to reflect on a quote by Dr. Stanley. For July, Charity Singleton Craig and Sandy Feit explore what it looks like to walk in God’s will day by day. Here’s an excerpt from Dr. Stanley’s sermon “The Rocky Road to the Will of God”:

God is not going to show you the whole picture of your life. He wants all of us to walk one step at a time, trusting and obeying Him, as well as believing He’ll get us where we need to go.

It felt like a step backward at the time. I was 32 years old and starting over at a company I’d left five years earlier for brighter and better opportunities. And I’d had them—a dream job and a graduate program I’d anticipated since college. But some lingering health problems made academic life untenable, and now I just needed a job. I called the company I’d left earlier, and they agreed I could come back.

Over the next few years, I liked the work I was doing, though it wasn’t exactly what I’d prepared for in college. And I liked the people I worked with too. Sometimes, though, on days when I was feeling especially healthy and particularly ambitious, I thought about leaving again, about following those once-held dreams. But for some reason I stayed.

That “some reason” eventually became clear when, at age 36, I was diagnosed with stage four cancer. The company I’d once left for a “brighter future” stepped up to care for me and support me so I could have a future at all. They allowed me to work at home during months of chemotherapy. They paid my full salary, regardless of how much I could or couldn’t work. And they even set up a fund so my coworkers could help cover hospital bills, healthcare supplies, and other things I needed.

Many of my life’s stories include a “for some reason” or, what is more likely, the invisible hand of God working things out for my good and His glory.

Many of my life’s stories include a “for some reason” or, what is more likely, the invisible hand of God working things out for my good and His glory (Rom. 8:28-29). At the time, circumstances don’t always make sense, and I have to make decisions with limited information. But God sees the big picture; He knows the whole story. And what often feels like fits and starts turns out to be the path He’s leading me on.

Consider the story of Ruth, who left her own family to accompany her mother-in-law to Bethlehem following the tragic death of their husbands. The decision didn’t make sense. Not even to Naomi, who tried to persuade Ruth to turn back (Ruth 1:11-13). But for “some reason,” which Ruth can attribute only to her faith in God and her love for Naomi, she goes. When the final verse of chapter one tells us that the pair just happened to arrive in Bethlehem at the beginning of barley season, we suspect the reason might be something greater. And it is. After Ruth moved to Bethlehem, she eventually became the great grandmother of King David, and part of the ancestral line of Jesus Himself.

Even though we may not know where our life is heading, we can trust that the Lord does. “The steps of a man are established by the Lord,” David writes in Psalm 37:23, “and He delights in his way.”

Some people embrace adventure—the real-time experience of facing a challenge. But I’m one who often appreciates that kind of thing more in retrospect, once I know how it all worked out. So whether awaiting lab results, straining for a goal, accepting a ministry opportunity, or even vacationing in a new place, I can feel off-balance from uncertainty and vulnerable to what-ifs.

When that happens, I run concerns by my longtime friend Judy, though by now I know—verbatim—how she’ll answer: “That’s in your tomorrows, and your tomorrows are none of your business.” I admit I didn’t like that response the first two or three (or 20 or 30) times she said it, and I’d offer rebuttals, as if my situation were somehow an exception to the principle she was sharing. Little by little, though, the truth of her words has been taking hold, to the point where I’m starting to remind myself Whose business those what-ifs really are.

Nonetheless, I’ve often had a baffling thought: Since God created me, He’s perfectly aware that I can feel unsettled until things resolve. He also loves me and wants me to have peace (John 14:27). So why, when I’m anxious, doesn’t He offer reassurance sooner?

On vacation last year, I got a clue to the answer. After enjoying a sunset on Mexico Beach, my grandsons and I lingered till the walkway was barely discernible in the deepening twilight. Then, heading back, we were surprised to see a family just arriving at that hour. Curious about their flashlights, pails, and excitement, we hung around and watched, fascinated, as they trained their lights on the sand and suddenly dashed and dived, squealing with joy. Their prize? White ghost crabs—little nocturnal wonders with speeds up to 9 or more mph and amazing evasion skills.

Since God created me, He’s perfectly aware that I can feel unsettled until things resolve. He also loves me and wants me to have peace. So why, when I’m anxious, doesn’t He offer reassurance sooner?

Thanks to my cellphone flashlight, we were able to get in on the fun: We caught 13 crabs and staged a memorable emancipation ceremony before finally resuming our walk to the cabin. Had it been daytime, the two brothers would have run on ahead; in the sunlight, they could easily see and avoid potholes, prickly beach roses, and construction equipment on the roadside. But now it was really dark. So the boys stayed by my side, walking where the small beam showed it was okay to step. And in both their sweet company and the satisfaction of keeping them safe, I caught the similarity to my Father and me on a different kind of obscured path.

I’ll be honest with you: It’s still no fun when unsettledness leaves me wary and weary. And while I do believe God will ultimately manage circumstances for my benefit, I wish the trail were illuminated by something more substantial than “a lamp to my feet and a light to my path” (Ps. 119:105). I’d prefer stadium floodlights that reveal the destination a good ways off. But if I had a clear view, I’d probably run on ahead, trusting my own instincts and straying from the greatest safety of all. The truth is, I’m thankful God is aware of every thorny danger—and sees to it that I stay close. Because no matter how things turn out, the reassurance I need most is that He’s by my side.

And we know that God causes all things to work together for good to those who love God, to those who are called according to His purpose.

For those whom He foreknew, He also predestined to become conformed to the image of His Son, so that He would be the firstborn among many brethren;

But Naomi said, ``Return, my daughters. Why should you go with me? Have I yet sons in my womb, that they may be your husbands?

``Return, my daughters! Go, for I am too old to have a husband. If I said I have hope, if I should even have a husband tonight and also bear sons,

The steps of a man are established by the LORD, And He delights in his way.

``Peace I leave with you; My peace I give to you; not as the world gives do I give to you. Do not let your heart be troubled, nor let it be fearful.

Your word is a lamp to my feet And a light to my path. 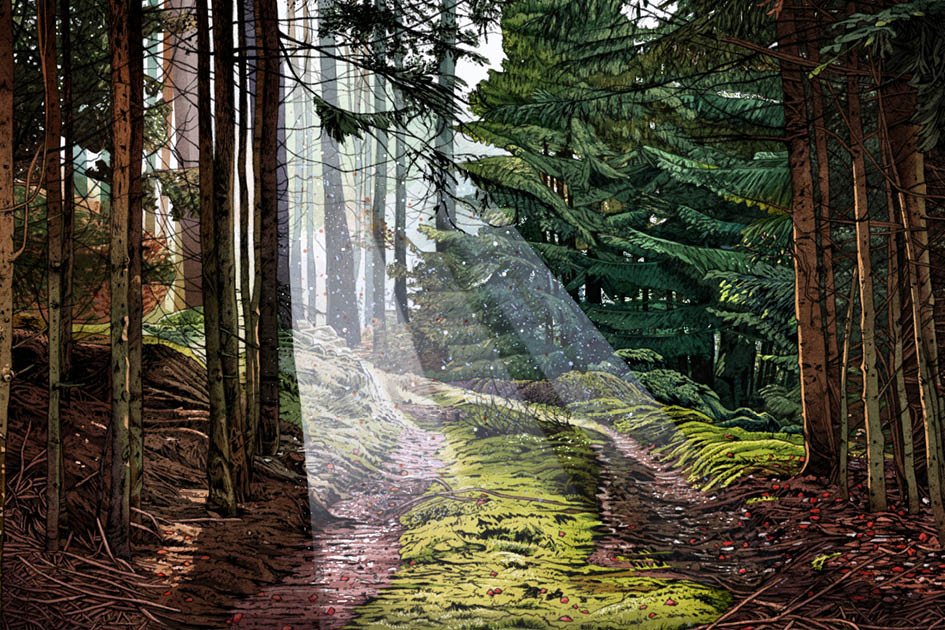 Feature Article
When Friendships Fade
How should we feel when relationships come to an end?
John VandenOever
August 17, 2022 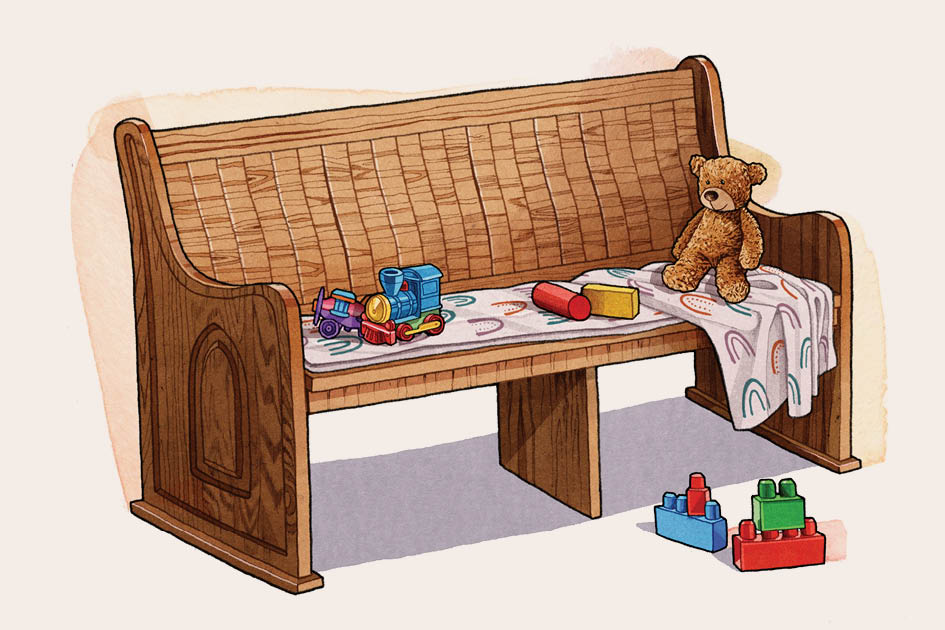 Feature Article
The Cost of Kindness
We should never be too busy to notice others—and love them—as God does.
Jamie A. Hughes
August 14, 2022 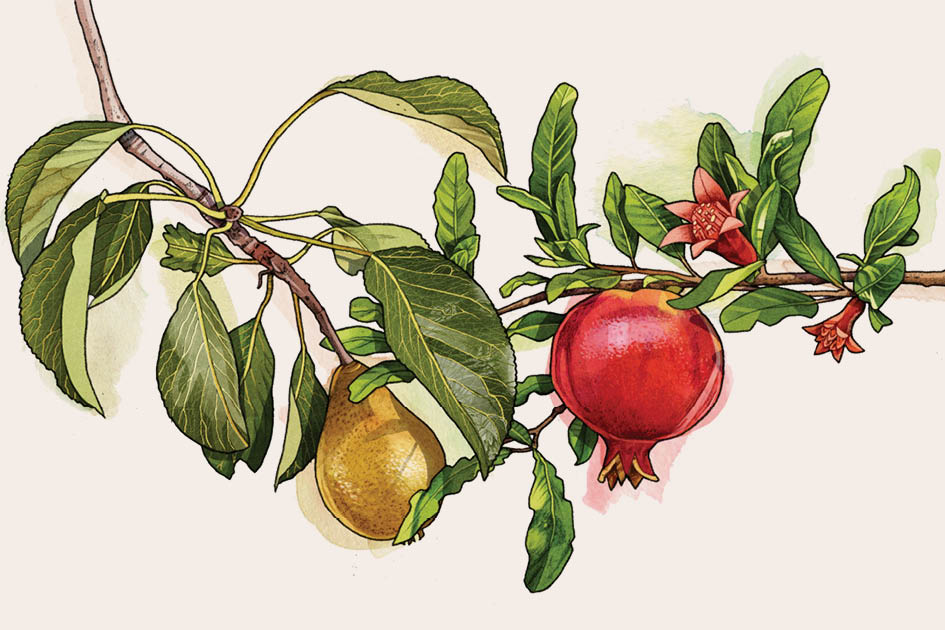 When Friendships Fade
How should we feel when relationships come to an end?

The Cost of Kindness
We should never be too busy to notice others—and love them—as God does.

Give Love, Get Love
Christian friendships are beyond transactional—they’re divine.
See All Articles