How Jesus perfectly simplifies what we make difficult

At first, I was almost scared to move, not trusting that the gear would keep me from falling roughly 40 feet to the mulch-covered ground. But once I got started, I discovered there was a beautiful simplicity to the high ropes course. Way up in the air, I toddled from one platform to the next across a series of rickety, swaying bridges—some made of wood or tires and others constructed with nothing more than ropes or netting. Whatever my weights and worries had been, they were no longer of consequence. All I had to do was put one hand and one foot in front of the other, letting the harness I was wearing and the hanging safety rope hold me as I stepped out into nothingness. For the hour or so I was airborne, I didn’t have to think about much beyond getting from one station to the next. There was no need to play politics, to choose my words carefully, or to make long-term plans.

The Greek word translated as “hang” or “suspend” is kremannumi, and it  used only seven times in the New Testament (most of them rather dire circumstances). For instance, in Matthew 18:6, Jesus tells His disciples that if someone causes a little one to sin, it would be “better for him that a heavy millstone be hung around his neck, and that he be drowned in the depths of the sea.” (I don’t know about you, but that’s one passage of Scripture that makes me shudder every single time I read it.) Likewise, after Paul and Luke find themselves stranded on the isle of Malta, the apostle is bitten by a viper, which hangs from his hand, leading the natives to believe he was a murderer facing divine justice (Acts 28:3-4). However, he shakes the snake into the fire and gets on with the business of gathering firewood. Nothing to see here, folks!

But there is one use of the word that isn’t quite so bleak. It doesn’t reference animal attacks, drowning, or crucifixion but is instead a source of great hope and comfort. In Matthew 22:34-40, when Jesus answers the Pharisees’ question about the greatest commandment, He uses words many of us know by rote: “‘You shall love the Lord your God with all your heart, and with all your soul, and with all your mind.’ This is the great and foremost commandment. The second is like it, ‘You shall love your neighbor as yourself’” (Matt. 22:37-39). And He goes on in verse 40 to explain that “upon these two commandments hang the whole Law and the Prophets” (emphasis added).

Jesus is telling us that many of our attempts at holiness and rule keeping, however well-intentioned, are less substantive than the gossamer strands of a spiderweb.

Like the Pharisees, we make faith so complicated sometimes. We add on extrabiblical mandates and unnecessary strictures; we hold ourselves and others to an unrealistic standard and attempt to keep what Paul referred to as “the whole Law” and be justified by it rather than by the saving work accomplished on the cross (Gal. 5:3). But in this passage from Matthew, Jesus is telling us that many of our attempts at holiness and rule keeping, however well-intentioned, are less substantive than the gossamer strands of a spiderweb. Yes, when are hearts and actions are aimed toward holiness, our obedience will be blessed. (See Matt. 22:15-22 and 1 Pet. 2:12-20.) However, it is easy to get knotted up in extrabiblical rules and mandates, things Jesus neither intended for nor expects of us. With a few simple words, He untangles the matter and tells us what is necessary, what we can rely on, even when we’re unsure. His words are the beautiful sturdy ropes we can trust will hold us, no matter what may come.

In his sermon “Carry the Light,” Dr. Stanley says, “We as believers are identified with [the kingdom of] light. And that light, in essence, is the simple truth of the saving gospel of Jesus Christ. It is the message of truth. And that truth is that God—the only eternal God—sent His only begotten Son into the world, and through [the Son’s] death at Calvary paid our sin debt in full. That is the gospel message. That is the truth. That is the light.”

“We as believers are identified with the kingdom of light. And that light, in essence, is the simple truth of the saving gospel of Jesus Christ.”

Yes, our faith is one filled with glorious mysteries, and there is much of it we cannot fully understand just now. However, as Dr. Stanley rightly points out, the core message is love. It’s so beautifully simple, easy enough for a child to grasp. We could do nothing to save ourselves, and so we were lovingly redeemed through Christ’s sacrifice. As a result, we become His. And to live in the truth and light of that gift, what is required of us? Not a complicated set of rules and sacrifices. There is no need to fear or tremble at the edge of an abyss. We must do only two things: love the Lord our God with every fiber of our being, and love our neighbors (yes, all of them) as ourselves.

These sentences—like the safety lines I trusted to hold me firm each and every time I walked through a clear blue sky—are strong and able to secure every believer until we reach eternity and grasp the nail-scarred hand of the One who spoke us into being.

but whoever causes one of these little ones who believe in Me to stumble, it would be better for him to have a heavy millstone hung around his neck, and to be drowned in the depth of the sea.

But when Paul had gathered a bundle of sticks and laid them on the fire, a viper came out because of the heat and fastened itself on his hand.

When the natives saw the creature hanging from his hand, they began saying to one another, ``Undoubtedly this man is a murderer, and though he has been saved from the sea, justice has not allowed him to live."

But when the Pharisees heard that Jesus had silenced the Sadducees, they gathered themselves together.

One of them, a lawyer, asked Him a question, testing Him,

``Teacher, which is the great commandment in the Law?"

``This is the great and foremost commandment.

``The second is like it, `YOU SHALL LOVE YOUR NEIGHBOR AS YOURSELF.'

``On these two commandments depend the whole Law and the Prophets."

``This is the great and foremost commandment.

``The second is like it, `YOU SHALL LOVE YOUR NEIGHBOR AS YOURSELF.'

And I testify again to every man who receives circumcision, that he is under obligation to keep the whole Law.

Then the Pharisees went and plotted together how they might trap Him in what He said.

And they sent their disciples to Him, along with the Herodians, saying, ``Teacher, we know that You are truthful and teach the way of God in truth, and defer to no one; for You are not partial to any.

``Tell us then, what do You think? Is it lawful to give a poll-tax to Caesar, or not?"

But Jesus perceived their malice, and said, ``Why are you testing Me, you hypocrites?

``Show Me the coin used for the poll-tax." And they brought Him a denarius.

And He said to them, ``Whose likeness and inscription is this?"

And hearing this, they were amazed, and leaving Him, they went away.

Keep your behavior excellent among the Gentiles, so that in the thing in which they slander you as evildoers, they may because of your good deeds, as they observe them, glorify God in the day of visitation.

Submit yourselves for the Lord's sake to every human institution, whether to a king as the one in authority,

or to governors as sent by him for the punishment of evildoers and the praise of those who do right.

For such is the will of God that by doing right you may silence the ignorance of foolish men.

Act as free men, and do not use your freedom as a covering for evil, but use it as bondslaves of God.

For this finds favor, if for the sake of conscience toward God a person bears up under sorrows when suffering unjustly.

For what credit is there if, when you sin and are harshly treated, you endure it with patience? But if when you do what is right and suffer for it you patiently endure it, this finds favor with God. 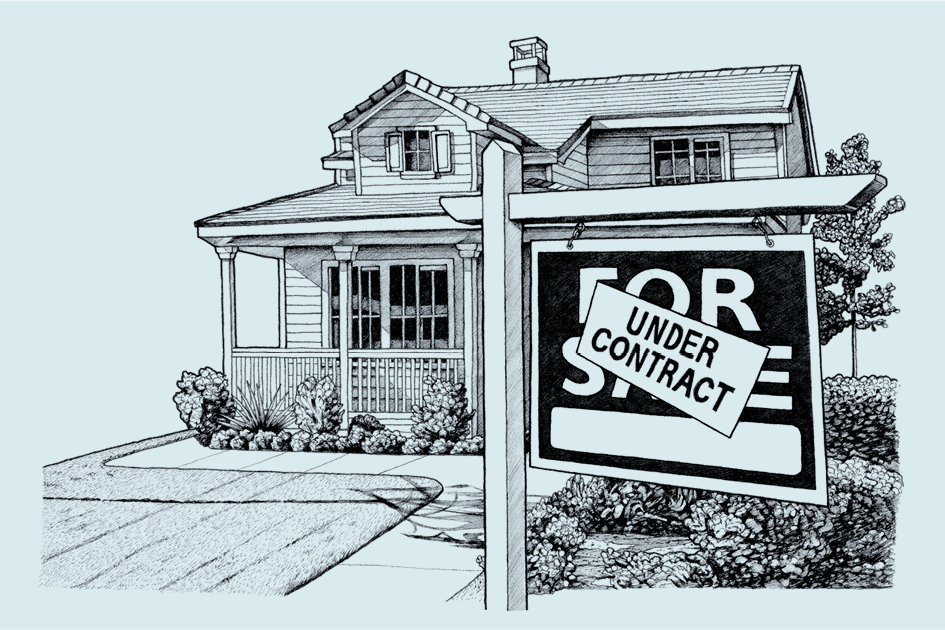 Feature Article
Lord, What Do You Mean “No”?
We don’t always get what we want—and that’s a good thing.
Sandy Feit
January 20, 2022 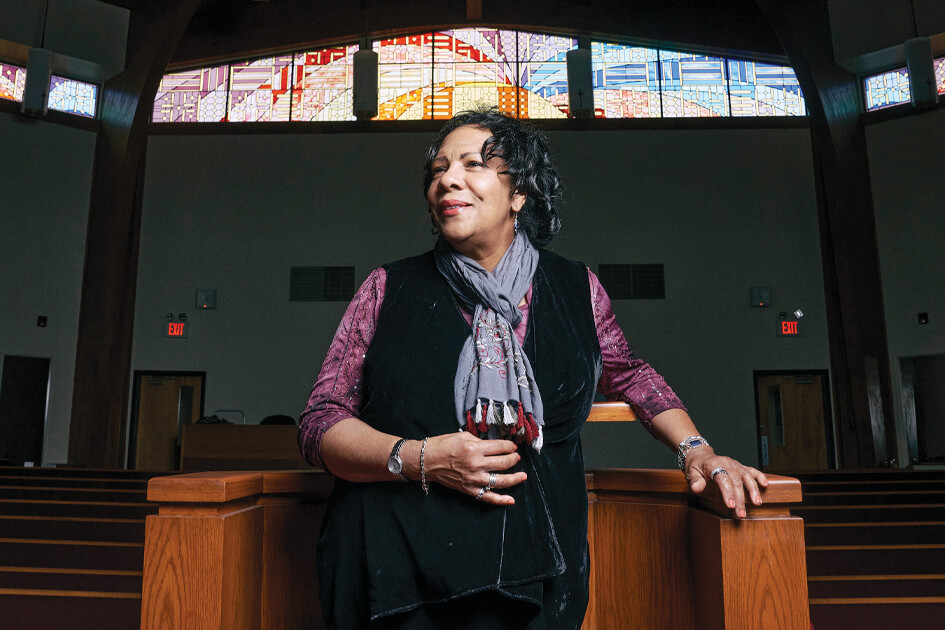 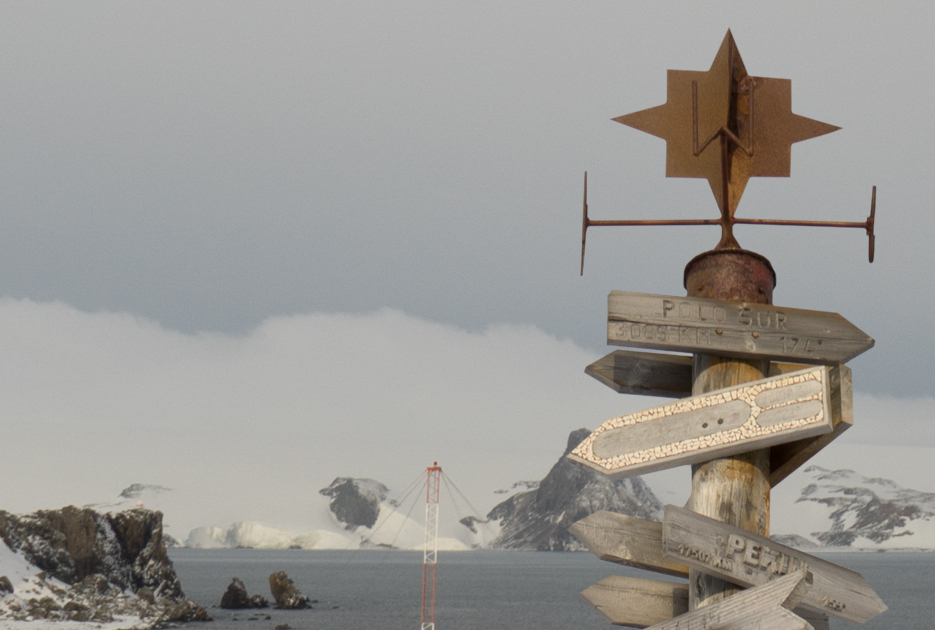 Feature Article
Lord, What Do You Mean “No”?

Feature Article
Through the Lens: Antarctica
See All Articles