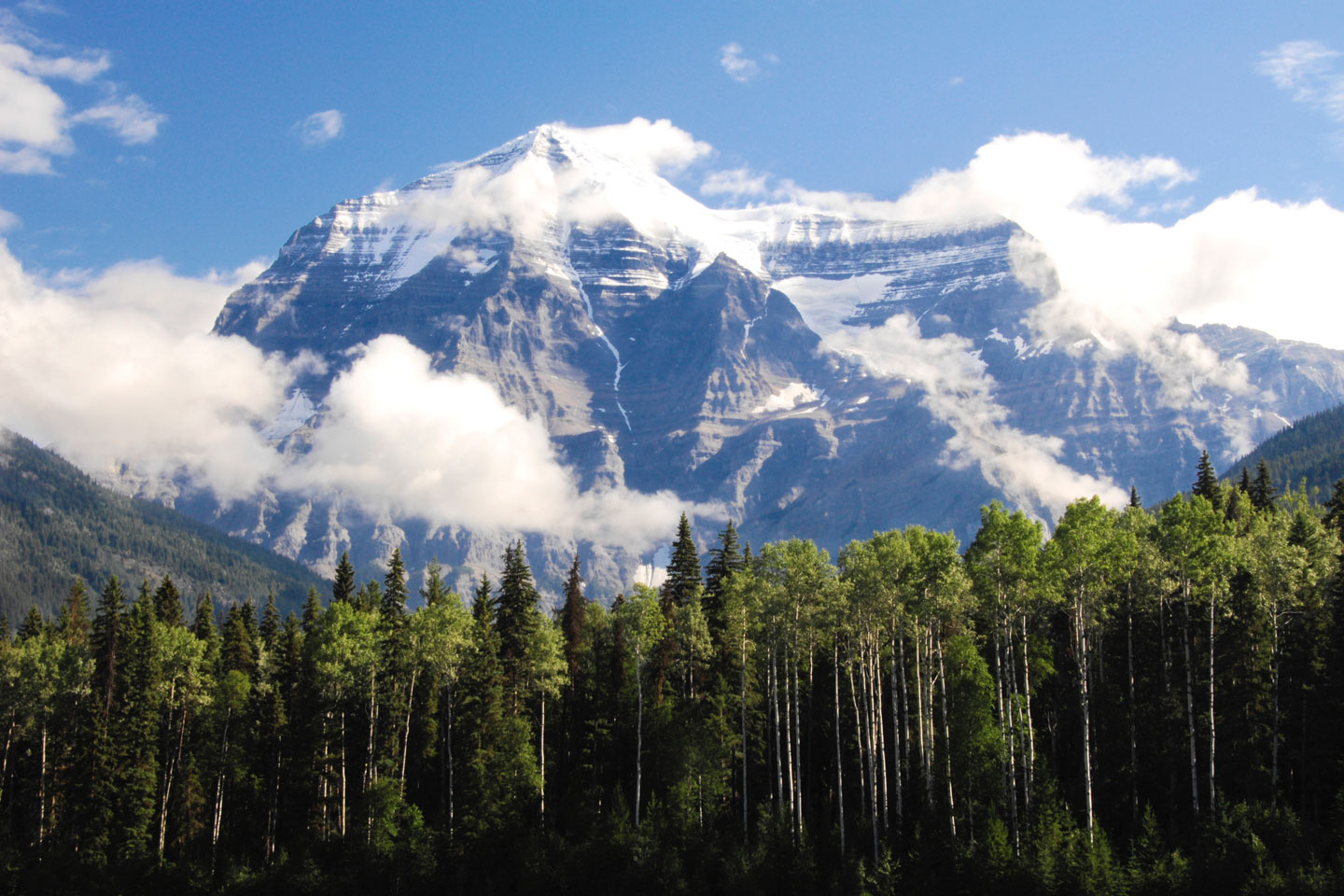 God can use any testimony, no matter how mundane, to inspire people.

Most of us have heard testimonies of believers who were saved from a lifestyle of horrendous sin. After listening to such accounts, have you ever felt that your less dramatic testimony is somehow not as valuable? In reality, the salvation God has worked for each one of His children is equally extraordinary. No matter how good or bad one’s life appears, every person is born sinful and in dire need of a Savior.

Psalm 26 is a testimony from David about his integrity and trust in the Lord. He walked in God’s truth, avoided the company of evildoers, and proclaimed His delight in the Lord. We would hardly call this psalm unimpressive. Few people can speak so honestly and confidently about their walk with the Lord, and it’s a great encouragement for us to hear from a lifelong believer.

David’s testimony reminds us to express what God has done and is doing in our life. A personal faith story is a powerful tool, both for arousing an unbeliever’s curiosity about spiritual matters and for motivating a believer to pursue holiness. No matter how commonplace our words may sound compared to someone else’s, the Lord can use them to impact listeners. You have no idea how far-reaching your “ordinary” testimony can be.

Vindicate me, O LORD, for I have walked in my integrity, And I have trusted in the LORD without wavering.

Examine me, O LORD, and try me; Test my mind and my heart.

For Your lovingkindness is before my eyes, And I have walked in Your truth.

I do not sit with deceitful men, Nor will I go with pretenders.

I hate the assembly of evildoers, And I will not sit with the wicked.

I shall wash my hands in innocence, And I will go about Your altar, O LORD,

That I may proclaim with the voice of thanksgiving And declare all Your wonders.

O LORD, I love the habitation of Your house And the place where Your glory dwells.

Do not take my soul away along with sinners, Nor my life with men of bloodshed,

In whose hands is a wicked scheme, And whose right hand is full of bribes.

But as for me, I shall walk in my integrity; Redeem me, and be gracious to me.

My foot stands on a level place; In the congregations I shall bless the LORD.

that he built the cities which Huram had given to him, and settled the sons of Israel there.

Then Solomon went to Hamath-zobah and captured it.

He built Tadmor in the wilderness and all the storage cities which he had built in Hamath.

All of the people who were left of the Hittites, the Amorites, the Perizzites, the Hivites and the Jebusites, who were not of Israel,

namely, from their descendants who were left after them in the land whom the sons of Israel had not destroyed, them Solomon raised as forced laborers to this day.

But Solomon did not make slaves for his work from the sons of Israel; they were men of war, his chief captains and commanders of his chariots and his horsemen.

These were the chief officers of King Solomon, two hundred and fifty who ruled over the people.

Then Solomon brought Pharaoh's daughter up from the city of David to the house which he had built for her, for he said, ``My wife shall not dwell in the house of David king of Israel, because the places are holy where the ark of the LORD has entered."

Then Solomon offered burnt offerings to the LORD on the altar of the LORD which he had built before the porch;

And they did not depart from the commandment of the king to the priests and Levites in any manner or concerning the storehouses.

Then Solomon went to Ezion-geber and to Eloth on the seashore in the land of Edom.

And Huram by his servants sent him ships and servants who knew the sea; and they went with Solomon's servants to Ophir, and took from there four hundred and fifty talents of gold and brought them to King Solomon.

Now when the queen of Sheba heard of the fame of Solomon, she came to Jerusalem to test Solomon with difficult questions. She had a very large retinue, with camels carrying spices and a large amount of gold and precious stones; and when she came to Solomon, she spoke with him about all that was on her heart.

Solomon answered all her questions; nothing was hidden from Solomon which he did not explain to her.

When the queen of Sheba had seen the wisdom of Solomon, the house which he had built,

Then she said to the king, ``It was a true report which I heard in my own land about your words and your wisdom.

``Nevertheless I did not believe their reports until I came and my eyes had seen it. And behold, the half of the greatness of your wisdom was not told me. You surpass the report that I heard.

``Blessed be the LORD your God who delighted in you, setting you on His throne as king for the LORD your God; because your God loved Israel establishing them forever, therefore He made you king over them, to do justice and righteousness."

Then she gave the king one hundred and twenty talents of gold and a very great amount of spices and precious stones; there had never been spice like that which the queen of Sheba gave to King Solomon.

From the algum trees the king made steps for the house of the LORD and for the king's palace, and lyres and harps for the singers; and none like that was seen before in the land of Judah.

King Solomon gave to the queen of Sheba all her desire which she requested besides a return for what she had brought to the king. Then she turned and went to her own land with her servants.

Now the weight of gold which came to Solomon in one year was 666 talents of gold,

besides that which the traders and merchants brought; and all the kings of Arabia and the governors of the country brought gold and silver to Solomon.

He made 300 shields of beaten gold, using three hundred shekels of gold on each shield, and the king put them in the house of the forest of Lebanon.

Moreover, the king made a great throne of ivory and overlaid it with pure gold.

There were six steps to the throne and a footstool in gold attached to the throne, and arms on each side of the seat, and two lions standing beside the arms.

Twelve lions were standing there on the six steps on the one side and on the other; nothing like it was made for any other kingdom.

All King Solomon's drinking vessels were of gold, and all the vessels of the house of the forest of Lebanon were of pure gold; silver was not considered valuable in the days of Solomon.

For the king had ships which went to Tarshish with the servants of Huram; once every three years the ships of Tarshish came bringing gold and silver, ivory and apes and peacocks.

So King Solomon became greater than all the kings of the earth in riches and wisdom.

And all the kings of the earth were seeking the presence of Solomon, to hear his wisdom which God had put in his heart.

They brought every man his gift, articles of silver and gold, garments, weapons, spices, horses and mules, so much year by year.

Now Solomon had 4,000 stalls for horses and chariots and 12,000 horsemen, and he stationed them in the chariot cities and with the king in Jerusalem.

He was the ruler over all the kings from the Euphrates River even to the land of the Philistines, and as far as the border of Egypt.

The king made silver as common as stones in Jerusalem, and he made cedars as plentiful as sycamore trees that are in the lowland.

And they were bringing horses for Solomon from Egypt and from all countries.

Now the rest of the acts of Solomon, from first to last, are they not written in the records of Nathan the prophet, and in the prophecy of Ahijah the Shilonite, and in the visions of Iddo the seer concerning Jeroboam the son of Nebat?

Solomon reigned forty years in Jerusalem over all Israel.

And Solomon slept with his fathers and was buried in the city of his father David; and his son Rehoboam reigned in his place.

Then Rehoboam went to Shechem, for all Israel had come to Shechem to make him king.

When Jeroboam the son of Nebat heard of it (for he was in Egypt where he had fled from the presence of King Solomon), Jeroboam returned from Egypt.

So they sent and summoned him. When Jeroboam and all Israel came, they spoke to Rehoboam, saying,

``Your father made our yoke hard; now therefore lighten the hard service of your father and his heavy yoke which he put on us, and we will serve you."

He said to them, ``Return to me again in three days." So the people departed.

Then King Rehoboam consulted with the elders who had served his father Solomon while he was still alive, saying, ``How do you counsel me to answer this people?"

They spoke to him, saying, ``If you will be kind to this people and please them and speak good words to them, then they will be your servants forever."

But he forsook the counsel of the elders which they had given him, and consulted with the young men who grew up with him and served him.

So he said to them, ``What counsel do you give that we may answer this people, who have spoken to me, saying, `Lighten the yoke which your father put on us'?"

The king answered them harshly, and King Rehoboam forsook the counsel of the elders.

He spoke to them according to the advice of the young men, saying, ``My father made your yoke heavy, but I will add to it; my father disciplined you with whips, but I will discipline you with scorpions."

So the king did not listen to the people, for it was a turn of events from God that the LORD might establish His word, which He spoke through Ahijah the Shilonite to Jeroboam the son of Nebat.

When all Israel saw that the king did not listen to them the people answered the king, saying, ``What portion do we have in David? We have no inheritance in the son of Jesse. Every man to your tents, O Israel; Now look after your own house, David." So all Israel departed to their tents.

But as for the sons of Israel who lived in the cities of Judah, Rehoboam reigned over them.

Then King Rehoboam sent Hadoram, who was over the forced labor, and the sons of Israel stoned him to death. And King Rehoboam made haste to mount his chariot to flee to Jerusalem.

So Israel has been in rebellion against the house of David to this day. 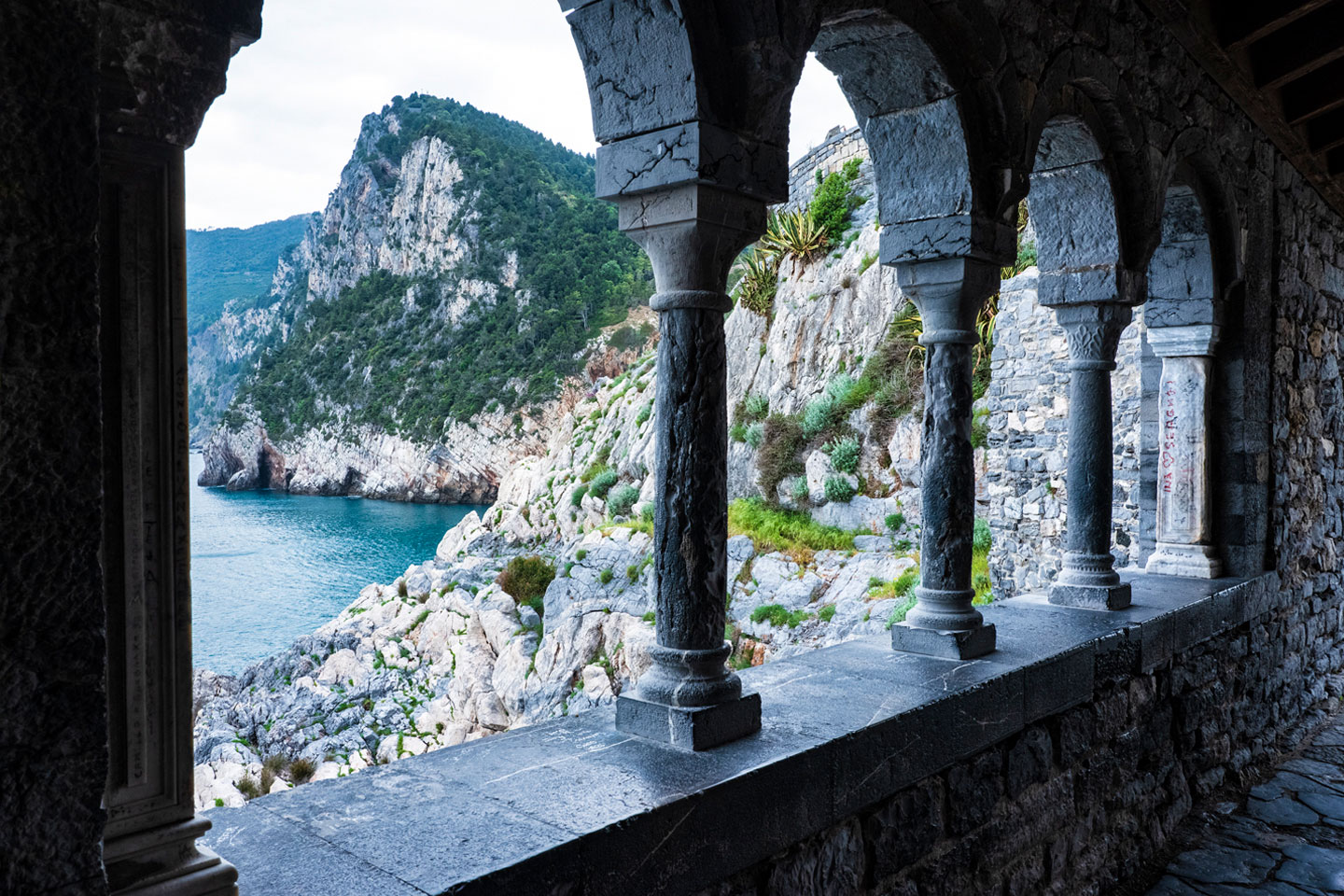 Daily Devotion
The Attitude of a Saint
God lavishes His grace on us despite our sinful past—which should inspire us to live for Him.
May 26, 2022 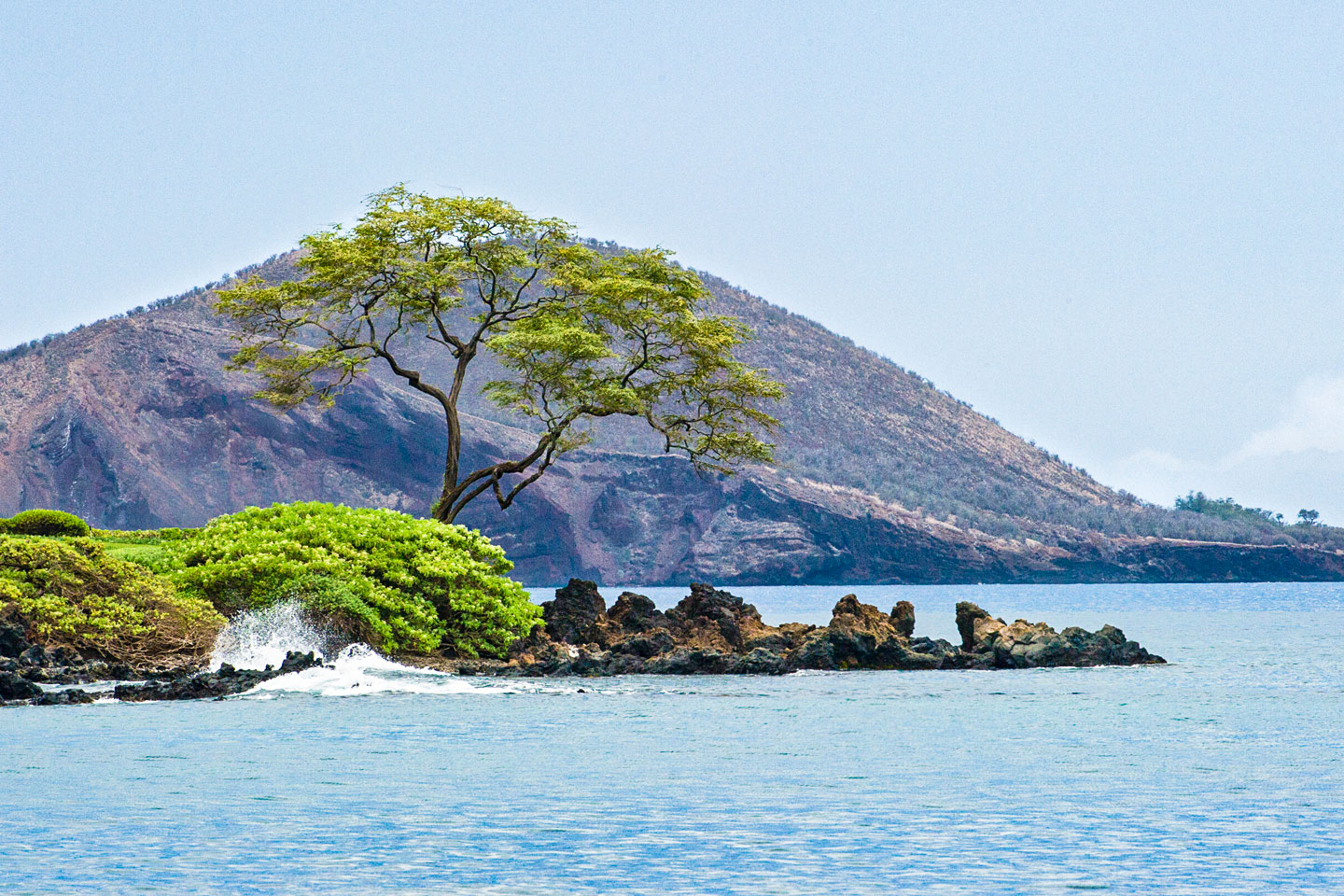 Daily Devotion
Lessons in Sonship
As God's Son, Jesus perfectly demonstrated for us what it means to be children of God.
May 25, 2022 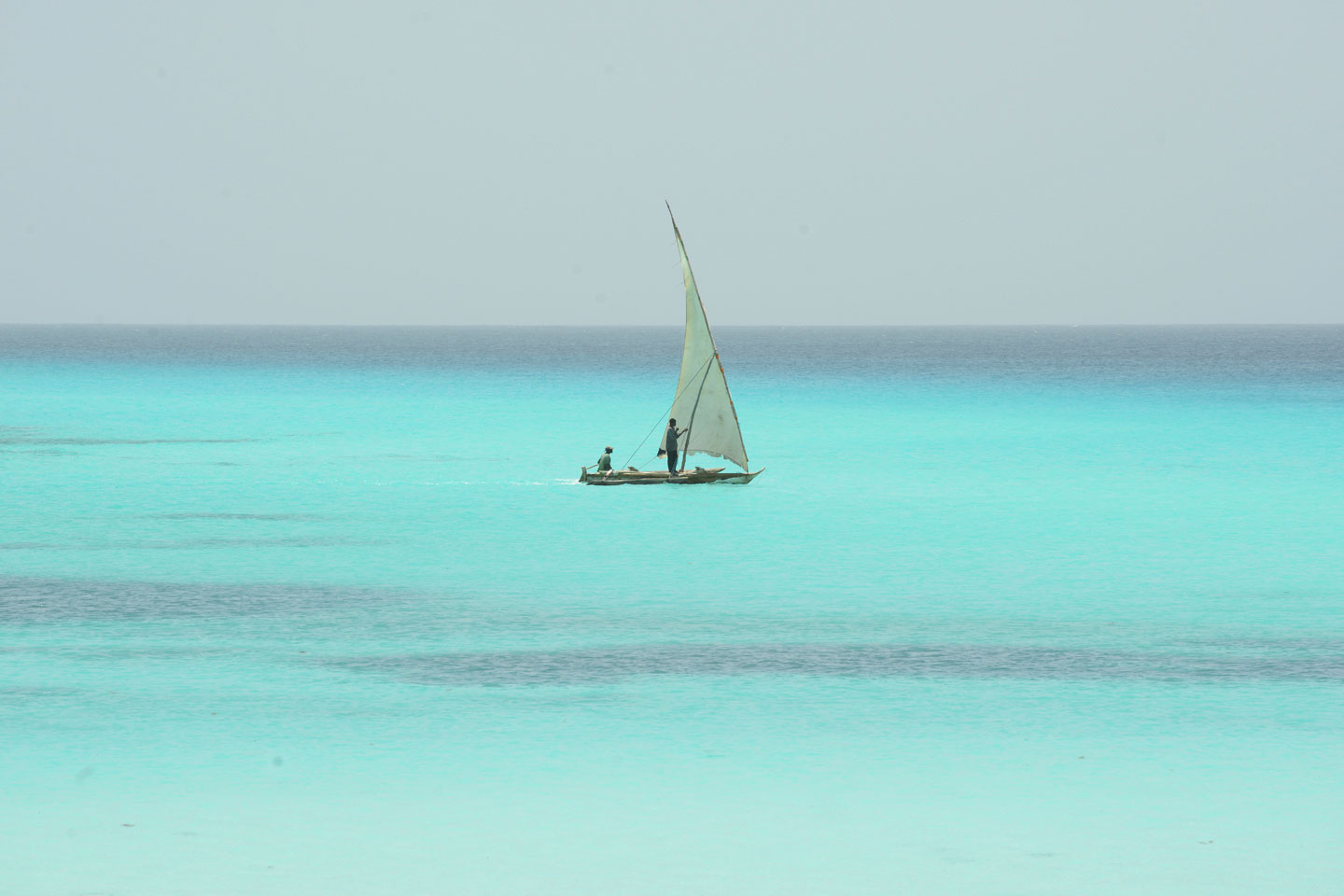